The Shelbourne Hotel will reinstall four statues which had been removed earlier this year from the front of the iconic building. 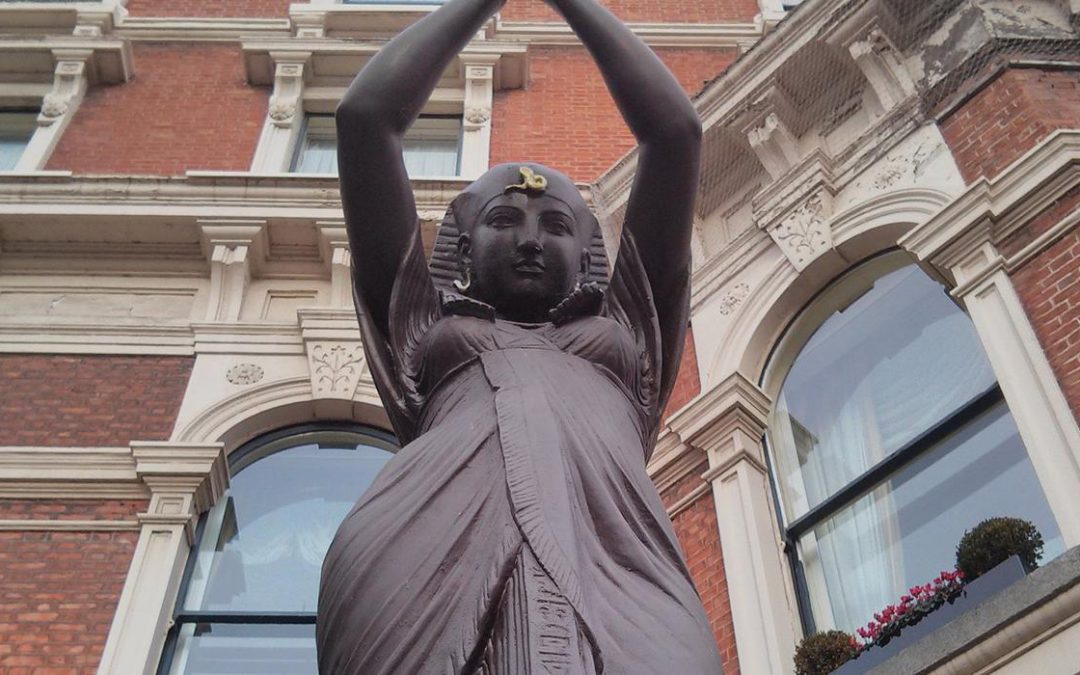 One of our most prestigious projects is back in the news this week regarding the removal of the statues.

The statues had been removed in the mistaken belief that they were representative of slave women in July.

But the hotel’s owners, US company Kennedy Wilson, has told Dublin City Council that the statues will return to their plinths.

They had been standing since 1867.  Hotel management mistakenly believed that the statues depicted two princesses from Nubia, a region along the Nile, and their slave girls holding torches aloft.

The statues had been set to be removed earlier this year. DCC sent an enforcement letter on July 29 giving hotel management four weeks to respond to the claims of an alleged planning breach to remove the statues.

The move to remove them earlier this year prompted a number of complaints.

The Irish Times claimed that Kennedy Wilson looked for a professional opinion on the matter.

”Kennedy Wilson commissioned University College Dublin art historian Professor Paula Murphy to examine the statues. An expert on sculpture, she has concluded that they are not depictions of slaves.” the paper reports.

”The statues will be restored to their plinths once they are cleaned. There are layers of paint that have to be removed. Their restoration will include a plaque explaining their backgrounds.