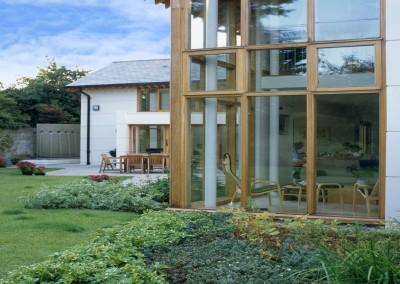 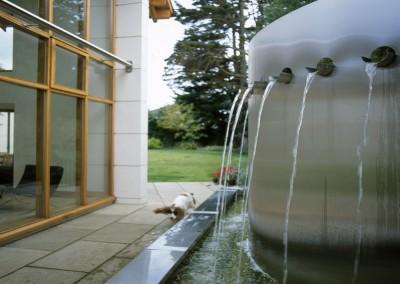 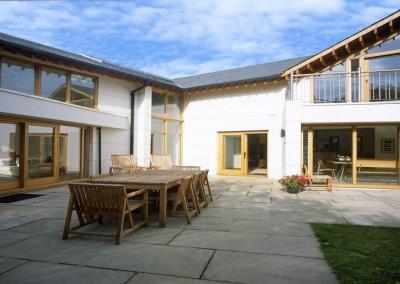 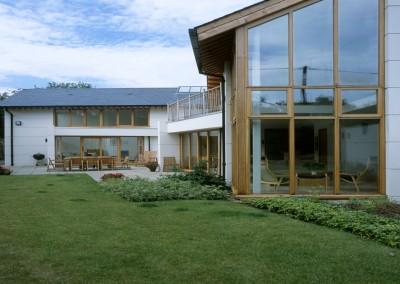 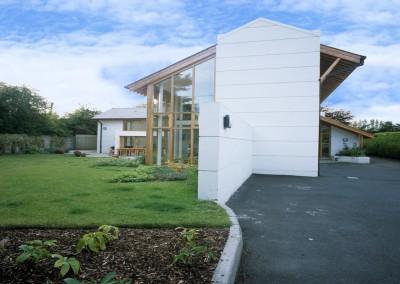 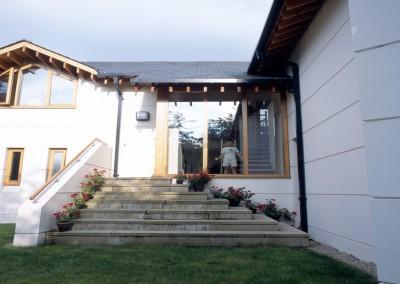 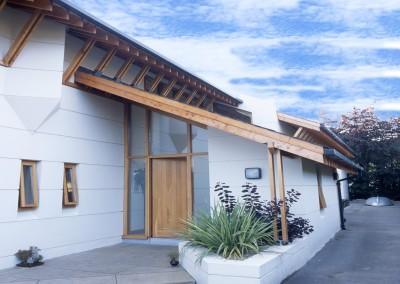 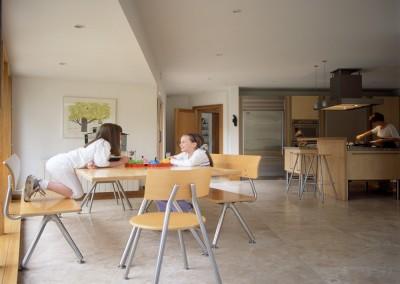 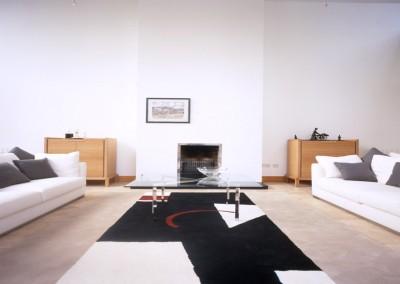 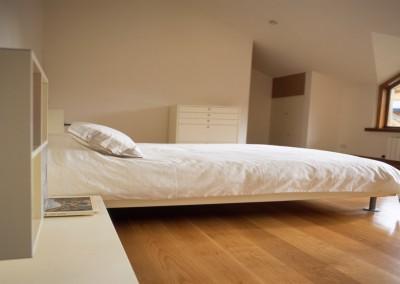 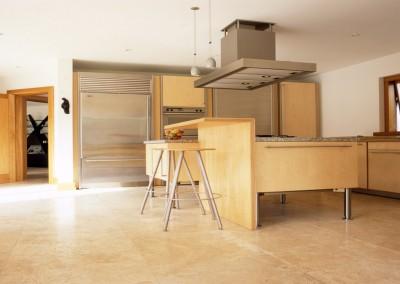 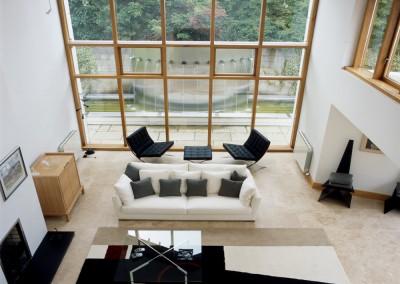 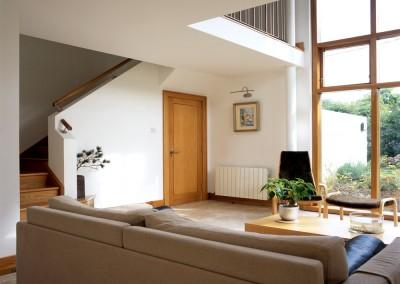 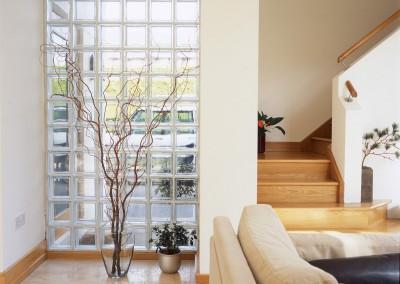 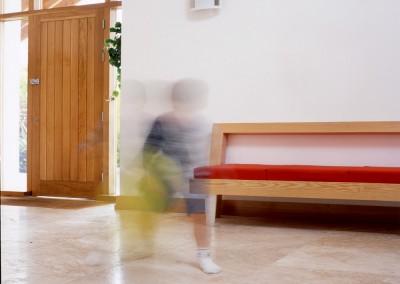 This house was originally built in the early eighties as a starter family home with three separate wings housing the informal living areas, the formal living areas and the bedrooms. Eighteen years later as the family grew in numbers and age it was time to re-think. A move to a larger house was discounted as everybody had settled so well in the original and so a decision to extend upwards was taken. By doing this together with two small extensions and large angular bay windows the garden was not diminished to any significant degree and was integrated with the interiors. A variety of double-height spaces was thus created, adding spatial drama to the interior, while two staircases allowed the original separation to be maintained.