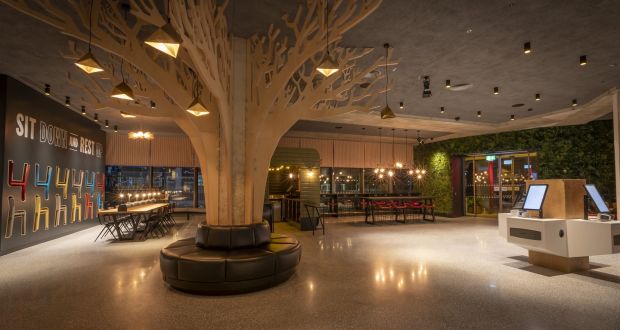 Everything is Insta-ready, from a giant stylised tree to a Vespa and retro phone booth

“Another Instagram moment,” Doug Leddin declares cheerfully, indicating a bright-orange Vespa scooter that has been repurposed as a seat. We’re on the sprawling ground floor of Dublin’s newest hotel, the Marlin. Leddin is its marketing manager, and he is all over the hotel’s Instagram potential.

Horsebox (with no horse) turned into a coffee station? Check. 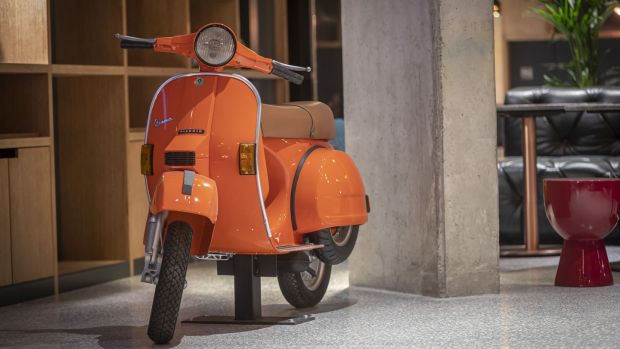 The hotel’s Vespa scooter repurposed as a seat. 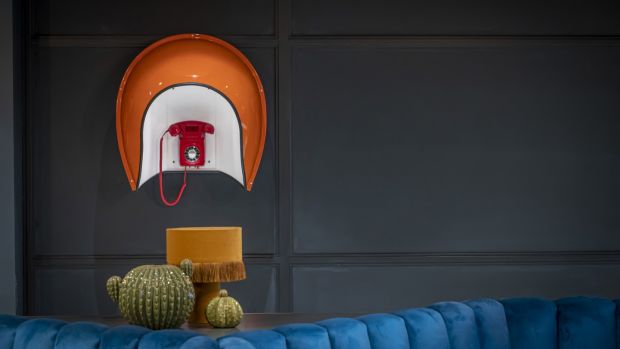 The Marlin is a new-build 300-bedroom hotel, with a distinctive triangular prow shape, on Bow Lane, designed by Cantrell and Crowley Architects. Where’s that? The back of the Stephen’s Green Shopping Centre and, as it happens, directly opposite a Travelodge. It cost €55 million, was two and a half years in development, and will employ 100 people. It’s the first Irish development from Marlin, which also has several aparthotels in London.

A lot is going on at the entrance level of the hotel. You can check in, for instance, at one of four self-service booths, airport style. There’s also a traditional reception area, if you actually want a human welcome. There’s the reconfigured horsebox, which will act as a coffee station with snacks during the day, and turn into a bar in the evenings. Painted on it are the words “Time to think and space to dream.”

There are banks of library-style desks with lamps, and workstations, and padded window seats. There’s the Instagram-friendly feature tree, which is encircled with soft seating. “This is the new swings at Sophie’s – with seats that no one can fall off,” Leddin says, mischievously. 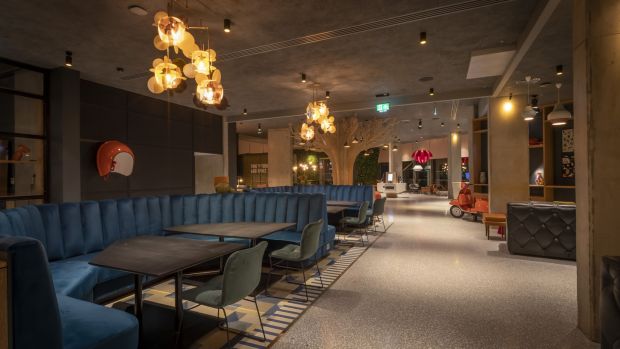 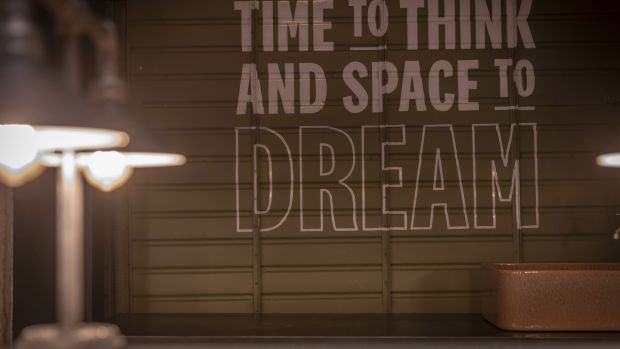 “The whole concept of the ground floor is to bring the outside in,” says hotel manager Michelle O’Donoghue. It is certainly very light and airy, and much larger than the lobbies of most traditional hotels. There are areas with armchairs and tables, banked by bookshelves and stacks of board games, and there will be two record players. There are areas for relaxing, areas for working, areas for eating and drinking. There are occasional tikki-style tables, and what Leddin claims is the fastest wifi currently available. There is a laundry room and a small gym in the basement, and ice machines on each floor.

The overall effect is very like what you’d imagine communal living spaces to look like. Or perhaps not that far off the concept behind the open-plan office spaces of some of the world’s most famous social-media offices. 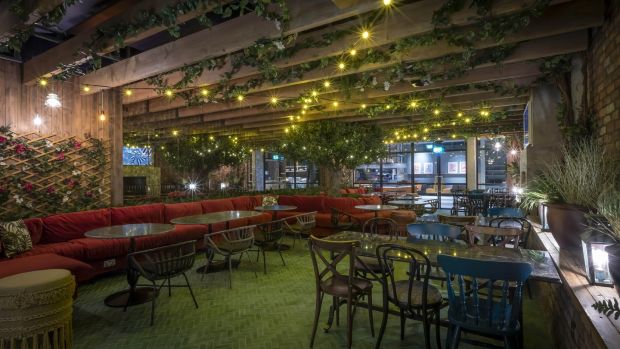 The look is industrial, with midcentury-style armchairs and tiling, and orange is the motif colour. There’s an outdoor terrace that will seat about 60 people to the side of the hotel, which will have a water feature and heaters. (This is still in development and won’t be completed for some weeks yet.) There’s what O’Donoghue describes as “an indoor garden” room. This space has another tree at its centre, a large olive tree with real bark and plastic leaves. The wooden roof beams have more plastic greenery wrapped around them, which will definitely prove challenging for whoever ends up with the job of dusting them.

The 300 bedrooms are across six floors. Most of these – 244 of them – are “Cosy King”, and cost €169 a night. It’s a hotel-room-as-pod concept. The enormous beds – 2m by 2m – fill about one-third of the compact, 14sq m space. You climb into this bed: there isn’t any room around the edges. It’s not a bedside-table kind of room. Once in this huge square bed, you can choose which direction you want to lie in; either with your head under the window, or facing the TV. There are efficient electric-operated blackout blinds, and bluntly worded messages to hang on your door in anticipation of visits from housekeeping, which state “Yes” and “No”. 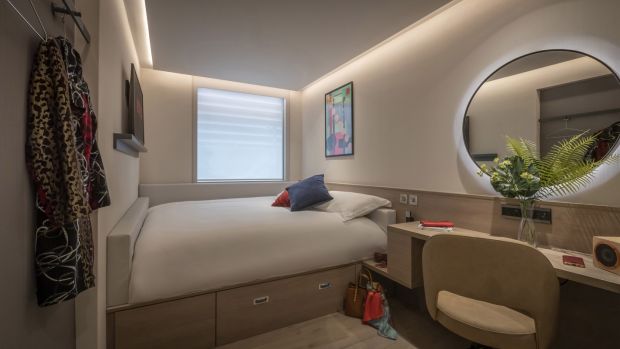 Storage is in a large drawer under the bed, and there are a few outward-facing hangers. The shower room is perfectly adequate, with a space-saving curved wall. The palette throughout the bedrooms is white and grey. When I visited, a debate was going on over whether to banish cushions in their entirety from bedrooms or to leave a token one on the bed, as “a pop of colour”. 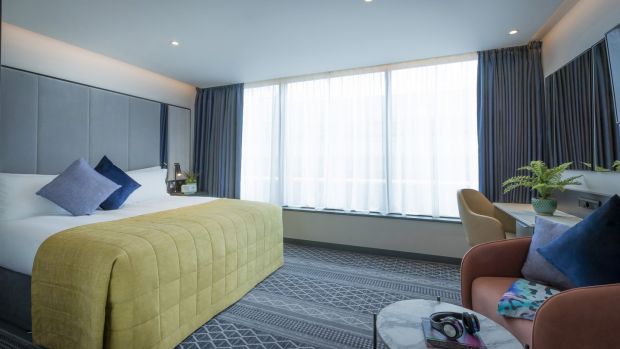 There are three other kinds of rooms, in varying numbers: executive (34), disability access (16) and suites (six). Executive rooms are bigger, with bedside tables, and the full wardrobe gamut of trouser press, ironing board and iron, priced at €239. The disability access rooms are €205. Fair enough, they are larger than the standard Cosy King rooms, but is it appropriate to charge more for a hotel room with a disabled-access bathroom? Suites, which can be divided in two with a sliding wall, have a sitting room with a sofa bed and cost €279.

“We think we’ll have a mix of guests,” O’Donoghue says. “Corporate travellers. Weekend tourists, up for sporting events, or leisure trips.” The hotel will be open year-round, and there are 20 car-parking spaces in its basement.