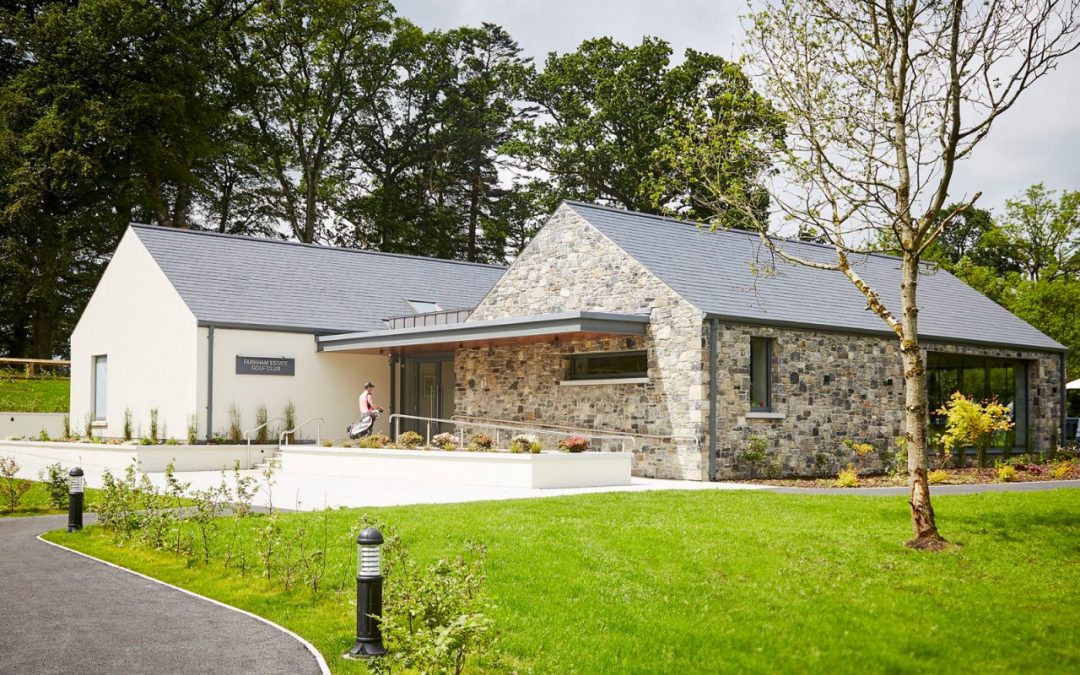 The new clubhouse at Farnham Estate

The cool stone gives a calming reassurance as you stroll through the car park. The new building is not big and fancy like so many of the clubhouses built during the boom. Instead, it is, as they say, fit-for-purpose while still being sympathetic to its surroundings. There is only one level and the layout is as simple as can be: Pro shop to your right, changing rooms to the left and the bar/restaurant straight ahead. The dining area opens up onto a broad terrace which overlooks the 18th green and will, in time, sit next to a short-game practice area and driving range. 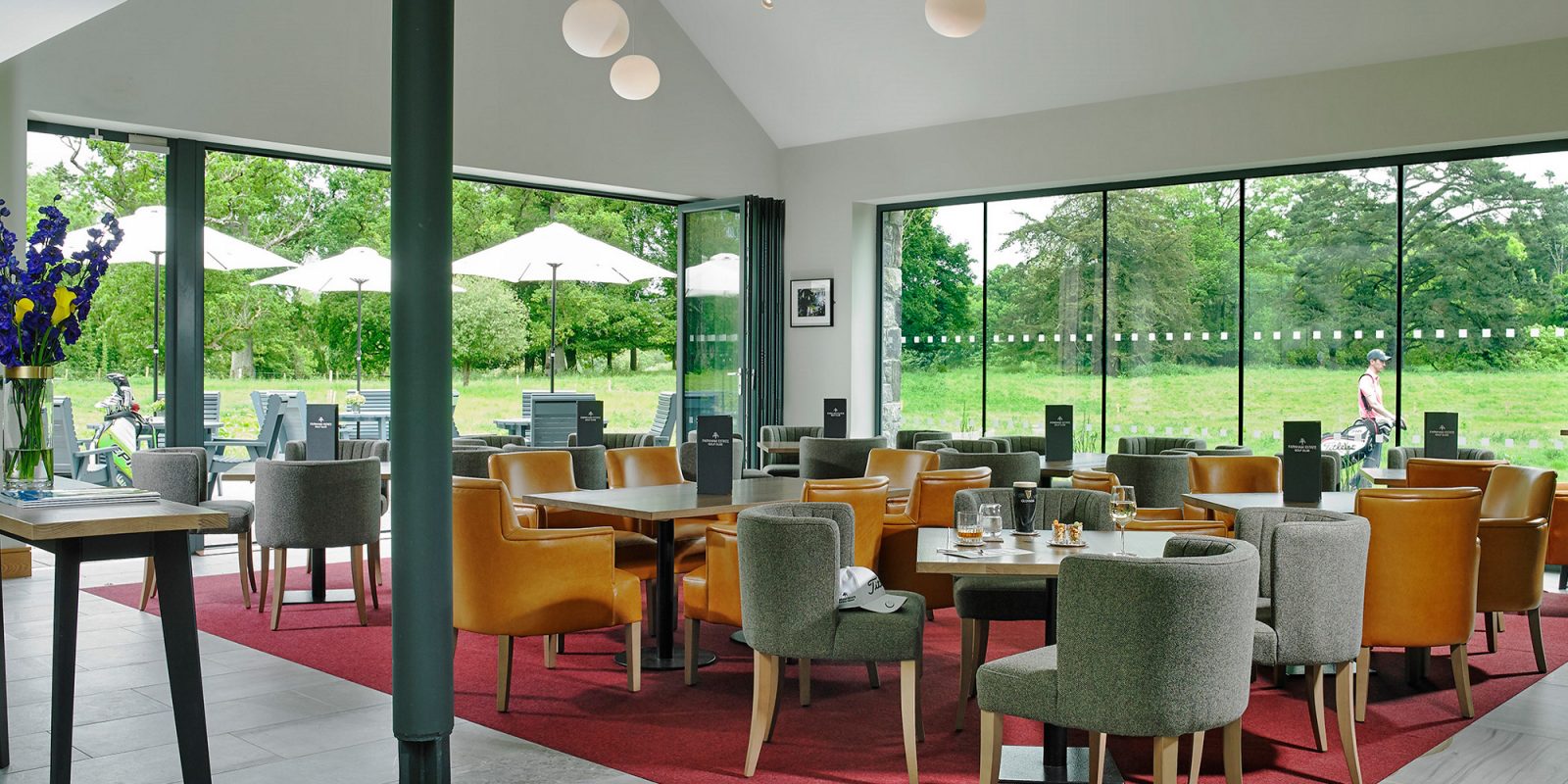 It’s an addition that brings a sense of stability, of permanence, to the course which lies on the outskirts of Cavan town, 90 minutes from Dublin, and a little more from Belfast.

I have visited the resort during two previous iterations of the clubhouse… neither ideal for the demands of the modern golfer, including the earliest days when the front nine were open and the back nine, up in the forest, were still under construction. I walked these holes when the greens were just pools of sand and got stuck on the left of the 13th when my foot sank deep into the mud. There was no one within shouting distance and there was no mobile phone signal either, so I had to be inventive to retrieve my foot and golf shoe. It took a while and I was glad to see last week that the hole I left behind has long gone. By way of revenge, the hole swallowed my tee shot deep in the trees. 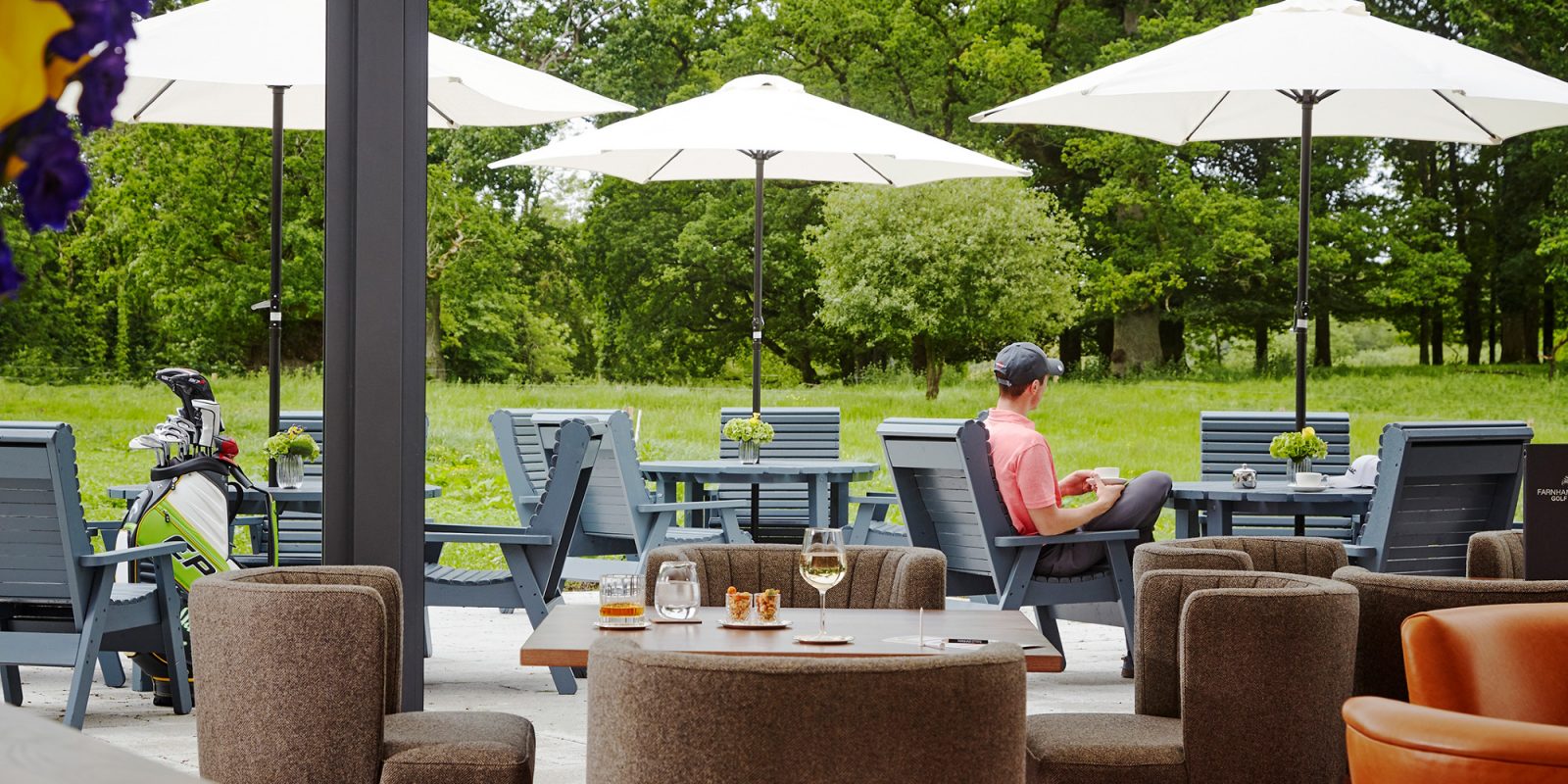 And last week, this new clubhouse offered a very different ambience with that light and breezy bar providing a cool atmosphere as the humid July heat choked the air outside. We were enjoying a gin & tonic (the resort produces it’s own gin – Farnham Estate 365 – named after the 365 lakes which exist around the county) after our round. We had taken our time playing the two very different nines, exploring the 500 acres of rolling countryside and dense woodland that are home to this Jeff Howes course. The greens are in great shape and tighter than I recalled. And with the shapely bunkers and curvaceous edges woven with deep rough, this is no place to be missing those small targets.

The course is maturing well and there are more plans in the pipeline. The owners of Farnham Estate Spa & Golf Resort – to give it its full title – purchased the estate in October 2016. Since then, they (SCIF) have invested €6 million in the hotel and grounds, and the latest phase of planned investment totals €2.35 million. The investment applies throughout the resort and, after the clubhouse, one of the most significant elements is the hotel’s new Cedars Room restaurant. This is a 2 AA Rosette restaurant and the food was exceptional. We ate the five course set meal and the Chateaubriand steak was as good a piece of beef as I have ever eaten. Seriously. 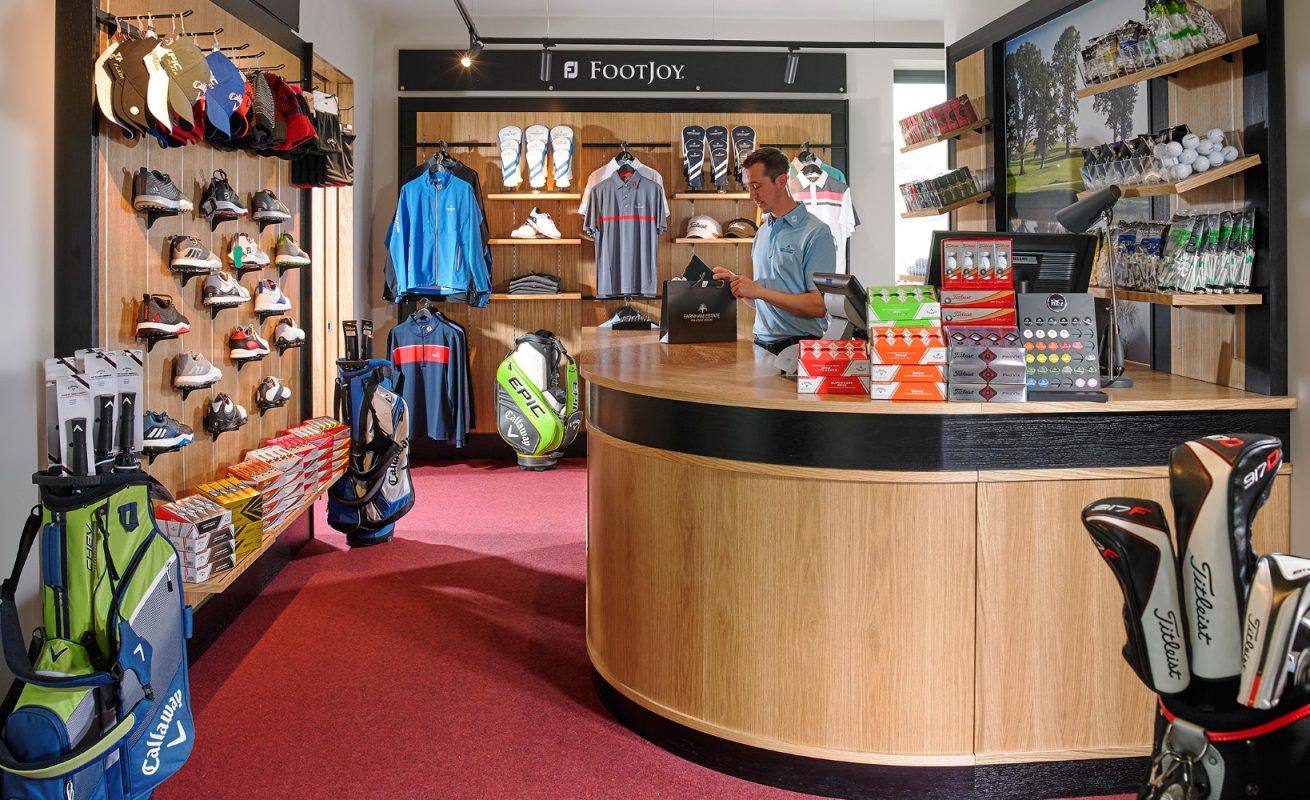 True, the clubhouse isn’t going to offer such stellar cuisine, although you can probably have catering brought in if there’s a large group of you on a golfing venture, but you’re here for the golf first and foremost. (Concra Wood and Slieve Russell make up a superb triumvirate in the region.) Then again, the clubhouse terrace has already become popular with wedding parties and the hotel is constantly busy so that all delivers a good vibe.

It feels like Farnham Estate has finally arrived as a golf course. That may sound a bit odd as it opened in 2008, but the clubhouse has now given it a permanent foothold. (And not on the 13th either.)